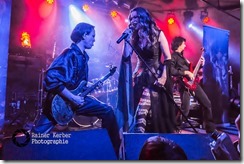 Since my last post the team of MFVF 2016 has confirmed a few more bands. At first Whyzdom from France. I’ve seen the band two times last year, at the Dames Of Darknes in Bilston (UK) and at the FemME II in Eindhoven (Netherlands). The musicians have released an amazing album (“Symphony Of A Hopeless God”) an Februar 2015. 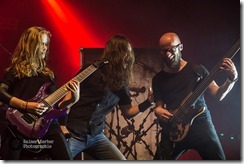 It’s for me one of the best Metal albums of the year. For Whyzdom the upcoming show will be the 2nd gig at the Metal Female Voices.

MaYaN is the side project of Mark Jansen (Epica). I’ve already seen the band at the PPM Fest 2014. They play a Symphonic Death Metal. With growls, male and female clear vocales.

At last a note for all MFVF fans outsite Facebook. The offers a live journal to get the newest informations around the event: http://mfvf.livejournal.com/