Pokerface has announced an European spring tour. Beneath My Sins and Feelament will 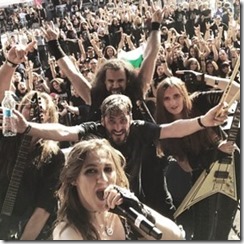 join them on the road.

The band Pokerface is ready to move out. Fans will also get an opportunity to see their friends, Beneath My Sins (symphonic metal). Feelament, a new rising groove metal band, will support them. The female-fronted metal assault is planned for 27.03 – 15.04. Tour countries: Czech Republic, Germany, Switzerland, Slovakia, Belgium, The Netherlands and more. Cities will be announced later.

The band was created in Moscow in 2013 with an ironic name Pokerface. The band is looking up to such metal stars as Slayer, Kreator, Sodom, Testament, Arch Enemy, etc. Video

In 2017 Pokerface released new album „Game On“ (M&O Music), which was warmly received by fans and critics. Also in 2017 there was an european tour „Game On Tour 2017“. Listen

Beneath My Sins have released „Human Instinct“ in May 2014 and „Whatever Happens“ in March 2015. Thanks to their experience from their previous band Evolvent, they play symphonic metal with their own twist. In March 2017, 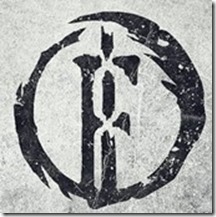 Feelament are a NU metal-band with brutal female vocals and are ready to blow up the stage! Feel us, hear us, breathe us. Video